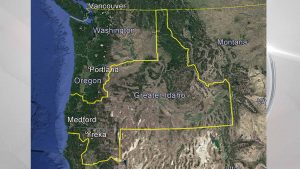 LAKE Co., Ore. – Five more Oregon counties have voted to become part of ‘Greater Idaho’. One of those areas is Lake County. But before any actual change occurs several more steps are needed. Lake County voters decided to join Jefferson and Union Counties in supporting the movement.

Many rural Oregonians believe their political beliefs align more with Idaho than Oregon.  It’s now being discussed within the Lake County Board of Commissioners.

“It definitely sends a message that people are frustrated, especially on the east side of the state where they don’t feel like their vote is counted and they don’t get to be heard as much,” said Barry Shullanberger, Lake Co. Commissioner.

While the issue has sparked local and even national attention it has a long way to go before any change actually occurs. The county votes are largely just symbolic. It would have to be approved by both the Oregon and Idaho legislature before the U.S. Congress would have to approve it.