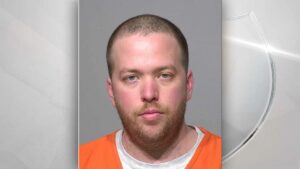 NORTH BEND, Ore. — A man currently accused of killing 3 people in Coos County, then kidnapping a woman and forcing her to drive him across the country, will soon face a charge of a fourth death.

The Coos County District Attorney says on June 18th, 30-year-old Oen Nicholson critically injured 73-year-old Linda Oyster and killed her husband, after hitting them with a pickup truck at the Mill Casino in North Bend.

The DA says Linda Oyster ultimately died on July 9th from injuries sustained in the crash.

With a fourth death, the district attorney says it now plans on filing additional criminal charges against him.