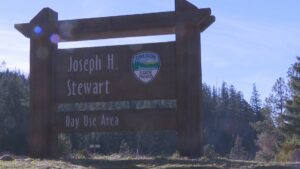 Jackson County Parks program manager, Steve Lambert, says the county will take over on April 1st. The county will manage the day-use area, campground and Lost Creek Lake Marina for the next 2 years.

After the first 2 years, the Oregon Parks and Rec. Department says the county has the option to re-new the agreement for an additional 3 years.

“All of the fees collected at Stewart, just like our other facilities in the system, will be retained within the Jackson County Parks fund so that we can re-invest those into the county parks and hopefully do some improvements and pay for operations,” said Lambert.

Lambert says people should be able to make camping reservations by mid-March.

He says the marina should be up and running by mid-April.