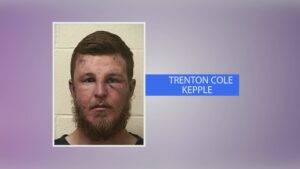 CAVE JUNCTION, Ore. — A man is being charged with 1st-degree murder and unlawful use of a weapon, following a shooting at a concert in Cave Junction last night.

Police say the incident happened around midnight at a concert in the 1300 block of Rockydale Road.

The sheriff’s office says upon arrival, a deceased person was found.

The name of the victim is not being released at this time.

Oregon State Police Detectives are working with the Josephine County Sheriff’s Office on the investigation.