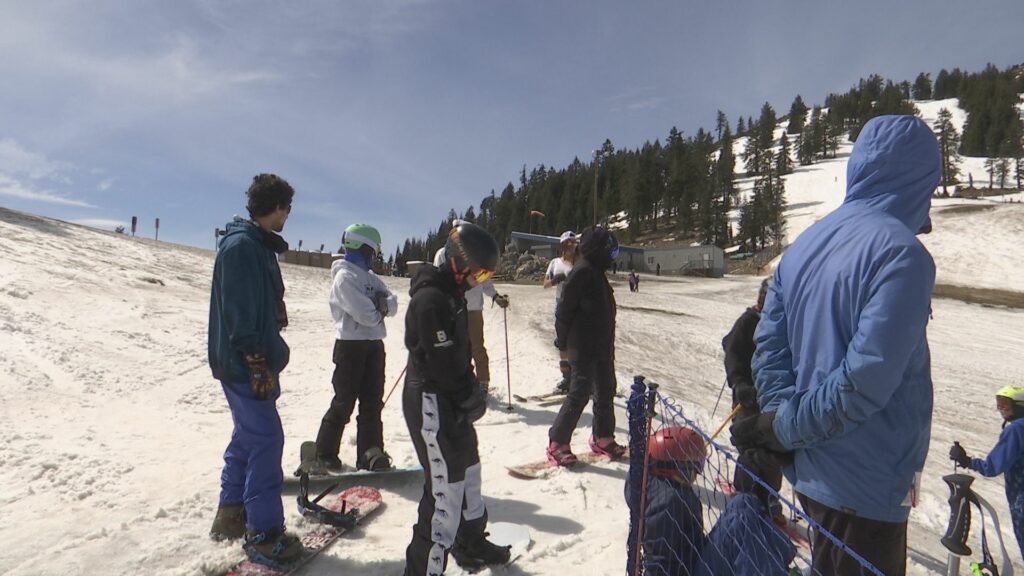 ASHLAND, Ore. – Skiers and snowboards around the region converged on Mount Ashland on March 26th to get one last run in before the end of the ski season.

There was still just enough snow on the mountain to get one good day of skiing in before next season. And with gorgeous sunshine, it was a beautiful day to hit the slopes. The mountain was packed with people of all ages, enjoying the spring skiing.

“It’s nice man, you should have made it out here, it’s beautiful out here today.” “Yeah, definitely a nice day for the slopes if you didn’t make it out here you’re missing out,” said skiers Max Manicom and Joshua Snyder.

Manicom and Snyder tell us they were the first ones on the slopes, and they were happy to be here to put a bow on the season.

Mt. Ashland officials say it was another successful year on the mountain, with the season lasting from Christmas to the end of spring break.

Organizers say the turnout was up seventy-seven percent in December, and before the last day, they had over ninety-thousand skiers ride the mountain in all. Mt. Ashland General Manager Hiram Towle says it takes a lot of people, a lot of hard work, to put a successful season together.

“Always thank you to our supporters, all our donors, skiers, riders, pass holders, it’s been a really good season thanks to all of them. And we do have our season pass sale coming up in April so if you had a good time this year get ready for next year,” said Towle.

Towle said they were able to use snow from the surrounding areas to add to the slopes to extend the season through spring break. He was happy with the season’s strong finish, and is looking forward to next year’s season.