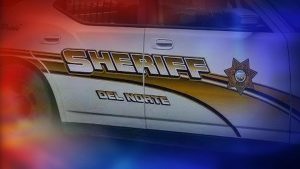 Police say dispatch received a call from someone who said they were armed with a rifle and a handgun.

The person told dispatch they were at the graduation ceremony and they were going to start shooting.

It says several agencies responded to the scene and escorted people out of the area.

The person threatening to shoot has not been identified and the Crescent City Police Department is investigating the source of the phone call.