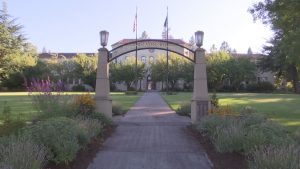 SOU closed its campus in March due to COVID-19 and classes transitioned to online. The university said it will start to bring back some employees through the summer.

The campus will reopen to the public and students in September with what the school describes as a, “modified in-person experience.”

“That will consist of some in-person time in the classrooms, some video conferencing, some online learning,” said SOU spokesperson Joe Mosely. After Thanksgiving, classes will move to distance learning to limit students traveling between home and campus.