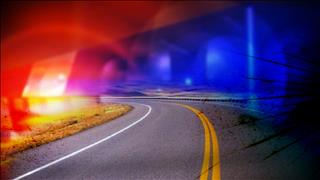 Medford, Ore. —  Police are asking for the public’s help in identifying the man who burglarized a Medford church. It happened Tuesday night, at Harvest Baptist Temple on South Columbus. Police say the suspect broke a back window and wandered around for about a half hour, before helping himself to some items inside.

“What we can tell he only took cookies, but he also found the keys to a van and we saw that driving out of the parking lot in the video.” Lt. Budreau says.