PORTLAND, Ore. — Blinkers, or turn signals, alert other drivers and pedestrians of your intentions, giving them the chance to react. Drivers are required to use them anytime they leave the lane they’re in. The problem? Many drivers don’t use them.

In one of the only known comprehensive studies done on turn signal usage, Society of Automotive Engineers (SAE) determined a decade ago that Americans don’t use signals when turning about 25% of the time, and nearly 50% of the time when changing lanes. 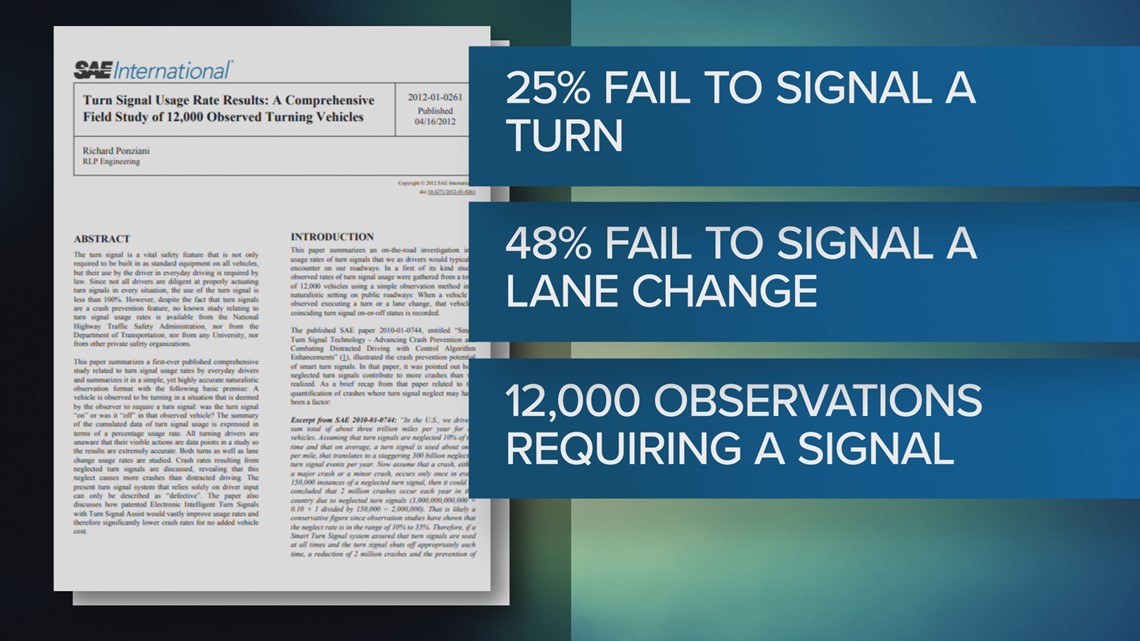 “Any time you leave the lane you’re in, you need to use your turn signal,” said Lois Lents of Pacific Driver Education. She’s taught Oregonians how to drive for decades. As people flock to shopping centers this holiday season, she has another nugget many probably haven’t considered.

“More crashes happen in parking lots than anywhere else,” Lents said. “These are fender benders, but they ruin your day no matter what.”

So Lents teaches her drivers to signal when backing out of a parking spot.

“To catch the eye of drivers passing by, someone’s going to give you a chance to get out,” Lents said.

According to PEMCO insurance, 40% of a vehicle’s outer perimeter is hidden by blind spots. So even if you don’t see someone nearby, you should signal. 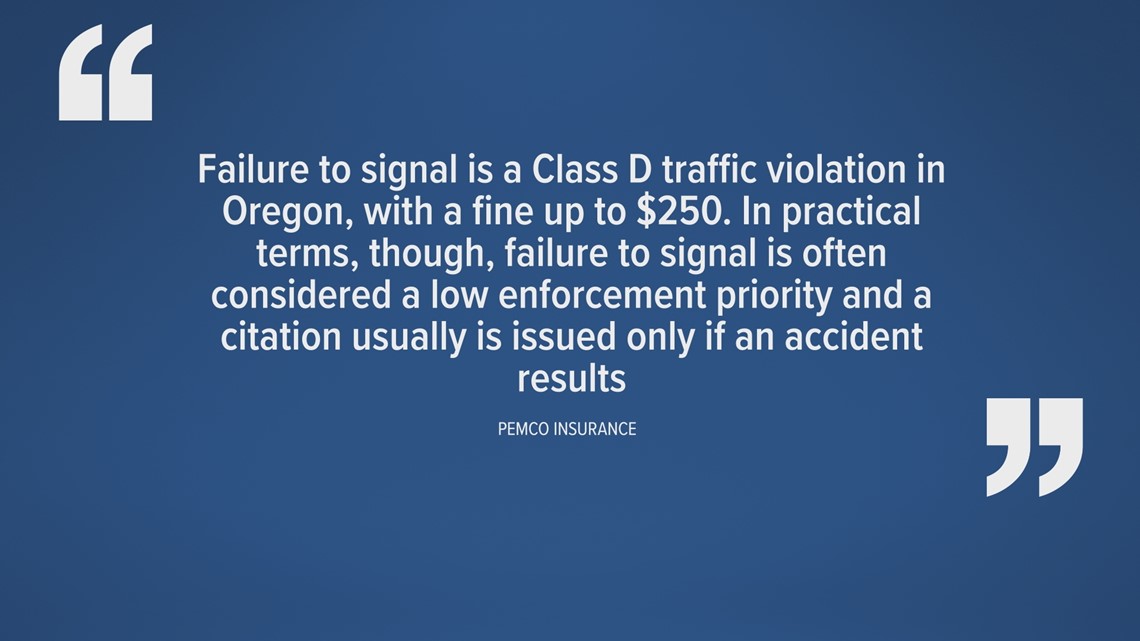 Failure to signal is a Class D traffic violation in Oregon, with a fine up to $250. In practical terms, though, failure to signal is often considered a low enforcement priority and a citation usually is issued only if an accident results.

From an insurance standpoint, a ticket could cost you your ‘good driver’ discount, and if you were at fault in an accident because of failure to signal, your insurance rates could go up.

On the roads, the SAE turn signal study suggests that 2 million crashes a year could be averted if drivers properly used turn signals when required. 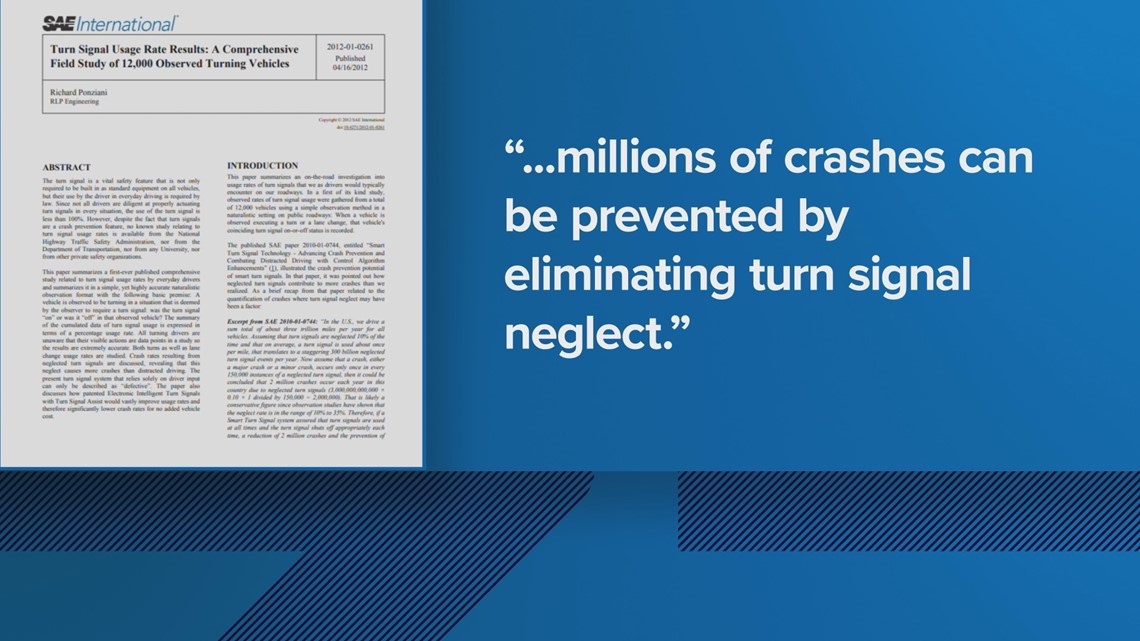 I do the Driving Me Crazy feature as a generally — but not always — lighthearted take on things that drive people nuts on area roadways. Most of us can relate, and most of these topics are your ideas. What drives you crazy? Post your videos and pictures on my Facebook page. On Twitter. Or if you’re just anti-social you can email me [email protected]