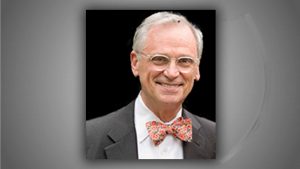 The name is an acronmy for the No Taxpayer Revenue Used to Monetize the Presidency Act. The bill would prohibit the use of taxpayer dollars to pay for events, overnight stays, food or other expenses at hotels owned or operated by a president or his relatives.

Blumenauer said he’s long been concerned about Trump’s refusal to divest his ownership stake in the Trump Organization.

Though the name of the bill is clearly a reference to the current president, it would apply to anyone who holds the office.

While the bill may not receive a lot of initial support from GOP lawmakers, Blumenauer said he thinks that could change down the line.

“I think it’s entirely possible that under bizarre circumstances, the combination of public concern and political unease may grow,” he said. “I believe this would be broadly supported… And if something happens that galvanizes public attention, we have something that is ready to go.”

KGW.com contributed to this article