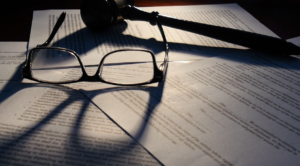 MEDFORD, Ore. — The pandemic has affected industries across the country.

For Medford immigration and criminal attorney, Yaschar Sarparast, he says it’s modernizing some aspects of the legal system.

He says the pandemic is forcing rigid, traditional practices to adapt, especially when it comes to immigration law.

Whether that’s having documents scanned instead of getting someone’s signature in-person or having attorneys appear virtually in some state or federal hearings.

“The government is realizing hey, we don’t really need to drag someone from Medford, Oregon 5 hours to Portland, Oregon to get their fingerprints when we already have their fingerprints in the system. We can just re-use them in some cases we don’t need to necessarily interview every single person before making a decision,” Sarparast said.

The need for immigration services, he says, is busier than ever.

Because of Covid-19, he says the system is stuck with embassies closed and interviews cancelled.

Although parts of the system are becoming more efficient, he says delays when it comes to getting a green card, work permit and more, are longer than ever.