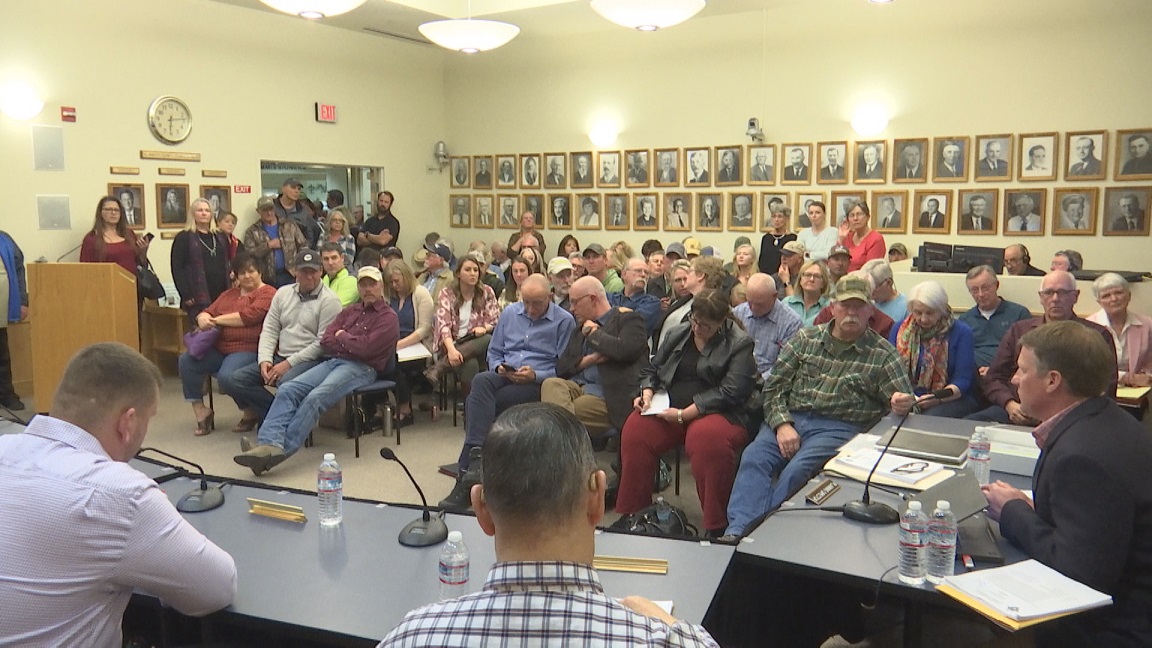 Overflow crowd prompts continuance of planning hearing on wastewater use

OXFORD, Mich. – Disturbing details are being revealed about the events leading to the deadly shooting at Oxford High School in Michigan. The suspect’s parents were charged and now, a manhunt is underway as they failed to appear for arraignment Friday afternoon.

Oakland County Prosecutor Karen McDonald, said, “While the shooter was the one who entered the high school and pulled the trigger, there are other individuals who contributed to this.”

The parents of the alleged shooter, 15-year-old Ethan Crumbley, are also facing charges.

Prosecutors say the teenager was present when his father purchased the weapon used in the shooting four days prior. Also, the teen posted an image of the weapon on social media.

The prosecutor also says school officials warned the parents about Crumbley’s behavior, including a time the teen was searching for ammunition on his phone.

“Jennifer Crumbley exchanged text messages about the incident with her son on that day, stating, ‘LOL I’m not mad at you, you have to learn not to get caught,’” McDonald said.

Prosecutors said on the morning of the shooting, the 15-year-old drew disturbing images, including someone being shot, and the words “my life is useless.”

The prosecution said, “The 9mm handgun purchased by James Rumbly was stored, unlocked, in a drawer in James and Jennifer’s bedroom.”

“We need to do better in this country, we need to say: enough is enough,” McDonald said.

Authorities are asking for the public’s help in finding the suspect’s parents. They said that their actions of fleeing and ignoring their attorney certainly adds weight to the charges.