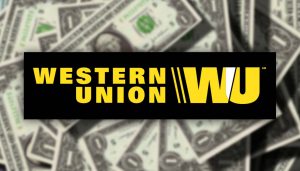 Money orders are usually a convenient and safe way to transfer money to another person. However, they’re also used by scammers to get money from unsuspecting victims.

For years, people have been losing money after sending scammers payments through a Western Union wire transfer. The Federal Trades Commission said victims were promised anything from prizes, loans, jobs or other financial rewards for money up front.

Scammers asked to be paid before releasing anything for the victim, often as a gesture of good faith or a “deposit.” However, once the victims wire-transferred their end of the bargain, they didn’t receive anything in return.

Joint investigations by the FTC and the Department of Justice prompted money-transfer service Western Union to agree in paying a $586 million settlement. They also admitted to aiding and abetting wire fraud. The DOJ is now using the settlement money to refund those tricked by scammers.

The deadline for submitting claims is approaching fast. They must be sent before May 31, 2018, which is a deadline that has been extended from February. If you sent money to a scammer through Western Union between January 1, 2004, and January 19, 2017, you may be eligible for compensation. However, each person’s claim must be verified by the DOJ.

It may take up to a year for the DOJ to process all complaints and issue refunds. Every potential victim is asked to submit a claim, even if there is no paperwork backing it up.

More information can be found at http://westernunionremission.com/