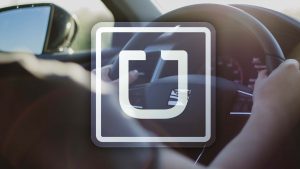 The accident is believed to be the first pedestrian fatality involving the burgeoning technology of autonomous vehicles.

The gray 2017 Volvo XC90 SUV had an operator in the driver’s seat and was traveling at about 40 miles per hour in autonomous mode when it struck a woman who was walking across the street late Sunday night, Tempe police said. The accident took place at Curry Road and Mill Avenue.

The pedestrian, identified by police as Elaine Herzberg, 49, was rushed to a hospital, where she was pronounced dead from her injuries.

Police said Herzberg was walking a bicycle across the street outside of the crosswalk when she was struck.

Cameras on the SUV captured video footage of the accident from both inside and outside the vehicle, Tempe Police Sgt. Ronald Elcock told reporters during a press conference Monday night.

“It will definitely assist in our investigation,” he said.

The driver, who was not controlling the vehicle at the time of the accident, was identified as 44-year-old Rafael Vasquez.

Hours after the crash, Uber announced the suspension of all tests of its autonomous vehicles in Pittsburgh, Phoenix, San Francisco and Toronto.

“Some incredibly sad news out of Arizona,” Uber CEO Dara Khosrowshahi tweeted. “We’re thinking of the victim’s family as we work with local law enforcement to understand what happened.”

Tempe Mayor Mark Mitchell released a statement saying that the city will investigate the accident.

“The City of Tempe has been supportive of autonomous vehicle testing because of the innovation and promise the technology may offer in many areas, including transportation options for disabled residents and seniors,” Mitchell said in the statement. “Testing must occur safely. All indications we have had in the past show that traffic laws are being obeyed by the companies testing here. Our city leadership and Tempe police will pursue any and all answers to what happened in order to ensure safety moving forward.”

Self-driving cars have been hailed by technology companies as the wave of the future. Autonomous cars are already being tested in more than 30 cities around the world, with companies plowing more than $80 billion into research and development.

Self-driving cars work by using complex radar systems to observe the road, objects and other cars. That data is then fed into a computer that decides what the car should do next. Proponents of the technology have claimed that self-driving cars will make transportation safer.

“Everyone recognized that someone was going to die in a crash involving an autonomous vehicle eventually,” Bryant Walker Smith, a law professor at the University of South Carolina who studies risks in automated driving systems, told NBC News.

“As good as that technology tries to be, mistakes can happen, or it may be one of the small fraction of crashes that cannot overcome the laws of physics and be avoided.

“I just think everybody kind of hoped that one wouldn’t come this soon.”

Smith added that because federal and state agencies don’t have the resources to monitor individual vehicles, the onus for safety falls on the individual companies running the technology.

Self-driving cars have been involved in accidents before, including in Tempe. Uber previously suspended its testing in March 2017 after one of its autonomous cars was involved in an accident.

The National Transportation Safety Board announced that a four-person team has been sent to Tempe to investigate the crash.