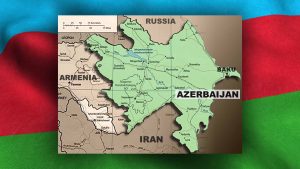 WASHINGTON, D.C. – A group of senators, including a two senators from Oregon, are calling for an investigation into reports of persecution of LGBTQ people in the country of Azerbaijan.

Senator Ron Wyden said he’s joined Senator Jeff Merkley and other in a bipartisan request for Secretary of State Rex Tillerson to investigate the allegations.

In a letter, they point to recent news reports of raids conducted in Azerbaijan’s capital of Baku where more than 50 gay and transgender people were detained.

In their letter, senators quote one story that alleges police are targeting homosexuals and “the detained were subjected to inhuman treatment and torture… their heads were shaved, some were electroshocked.”

The senators wrote the country’s reported human rights violations cannot go unaddressed. “We urge you to investigate these reports and, if they are credible, to publicly condemn these actions in the strongest terms to push for perpetrators to be held accountable.”