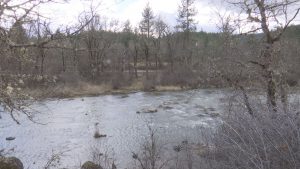 According to the sheriff’s office, the operation off Highway 227 today is one of many searches that have taken place recently.

Nothing was found today and deputies declined to say which missing person was the target of the day’s search.

But they have several current cases, some of which have been active for years.