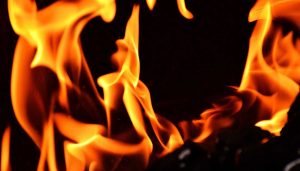 Talent, Ore.- Talent Fire Department is investigating a fire that claimed the life of a 38-year-old woman late Sunday night.

The fire was first reported about 10:15 p.m. at the Totem Pole Trailer Park on South Pacific Highway. Firefighters from Talent, Fire District 5, Ashland Fire-Rescue and Medford Fire-Rescue all responded. When crews arrived, the trailer in space 25 was fully engulfed in flames.

Crews braved the flames in an effort to save anyone who was inside. Once they broke in the door, they found Marcella Bailey.

Bailey was taken to Rogue Regional Medical Center where she was pronounced dead. The cause of the fire is still under investigation.