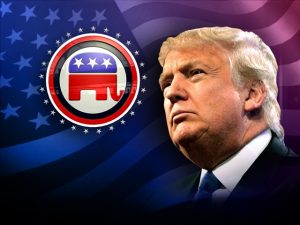 Medford, Ore.– Donald Trump may be eyeing Southern Oregon as a location for a campaign rally. The Republican presidential nominee is planning a visit to Oregon on Wednesday, Aug. 31.

Trump’s Oregon campaign director, Jacob Daniels, confirmed to Willamette Week  that the campaign may hold a rally in either eastern or southern Oregon. A fundraising event is still planned in Portland.

Helen Funk, Expo Director at Jackson County Fair & Expo, says the campaign called last week to see whether the Expo could hold up to 10,000 people and if the venue was available on Aug. 31. Funk says the campaign has not called back to book space.

Representatives from the Jackson County Republican Party office have not been notified of a potential visit.