In a letter to McCrory, Deputy Assistant Attorney General Vanita Gupta gave McCrory until next Monday to “remedy” the violations associated with House Bill 2. In essence, the federal government wants the state to say it will not enforce the measure.

“This is one interpretation by one agency,” McCrory told members of the North Carolina Chamber on Wednesday evening, saying it was too early to say how the state would respond. 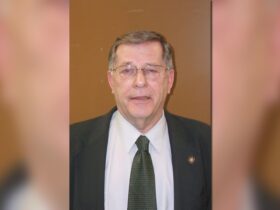