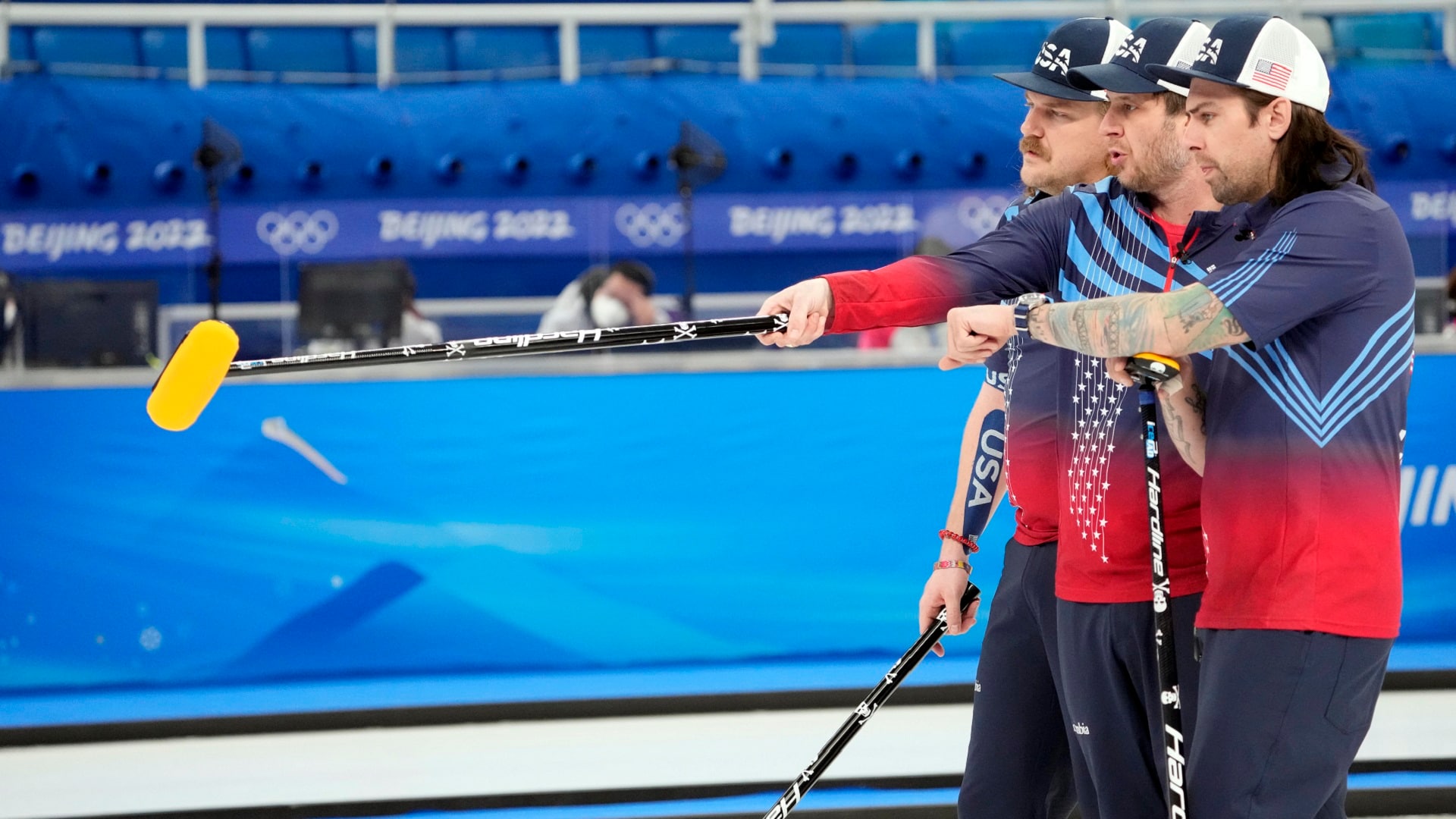 Thursday’s men’s curling semifinal game between the U.S. and Great Britain pitted two of the best skips in the world against one another.

Team USA’s John Shuster and GBR’s Bruce Mouat went back and forth, each getting in their own incredible shots as the lead changed hands four times before the halftime break.

Shuster’s choice to blank two ends and allow a Great Britain steal in the ninth made it so the U.S. simply ran out of rocks in an eventual 8-4 loss.

After Great Britain blanked the first end, Team USA made them pay for that decision in the second. Mouat went for a runback attempt to take out two U.S. stones at the top of the house on GBR’s second-to-last stone, but missed and sent his own rock all the way through the house.

Shuster then put the U.S.’s final stone at the top of the 4-foot circle. Mouat tried to go around the rocks for a draw and a single point on the hammer throw, but he missed the center, allowing the U.S. to steal two and go up early, 2-1.

It was Shuster who made the throwing errors in the third. The U.S. skip missed on a runback attempt on the second-to-last throw, and only got one on a double takeout attempt on the final throw, allowing Mouat to simply draw GBR’s final stone into the house for three points and the team’s first lead of the game, 3-2.

In a crowded house with stones tightly packed around the button, Mouat threw a great last stone to sit in the center, but Shuster threw a better stone, knocking it for two for the U.S. and the lead right back, 4-3.

Shuster made a takeout on the U.S.’s final throw, and left Mouat with an extremely difficult takeout of his own with a stone in the back of the house behind a guard and in front of a GBR stone.

It was no problem for Mouat, whose throw tapped the U.S. stone at the perfect angle to knock it out and still avoid hitting the back lying Great Britain stone, giving GBR two more points and the lead right back at the break, 5-4.

Back-to-back blanked ends in the sixth and seventh allowed the U.S. to keep hammer into the eighth.

From there, the U.S., realizing getting two or more points was unlikely, committed to simply keeping the house clean and blanking a third straight end to go into the ninth still trailing by one.

Mouat placed his final stone right on top of the U.S.’s only sitting rock and at an angle that made it impossible to take out. Shuster could be heard on the broadcast saying had no choice but to throw away the final stone and sacrifice a Great Britain steal of one to keep hammer for his team in the tenth.

It was like Team USA ran out of gas in the tenth. A missed shot by Matt Hamilton and another bad throw by Plys left the house wide open for Great Britain, and GBR filled it happily.

Shuster needed one more incredible throw on the final stone of the tenth, but he was unable to do it. His hammer throw went through the open port but rolled too far, allowing Great Britain to steal two and seal the win.

With the loss, the U.S. will now play Canada in the bronze medal game on Friday at 1 a.m. ET. Canada lost to Sweden in Thursday’s other semifinal, 5-3.

Great Britain, with a team full of players competing in their first Olympics, will face Sweden in the gold medal game at 1 a.m. ET Saturday.