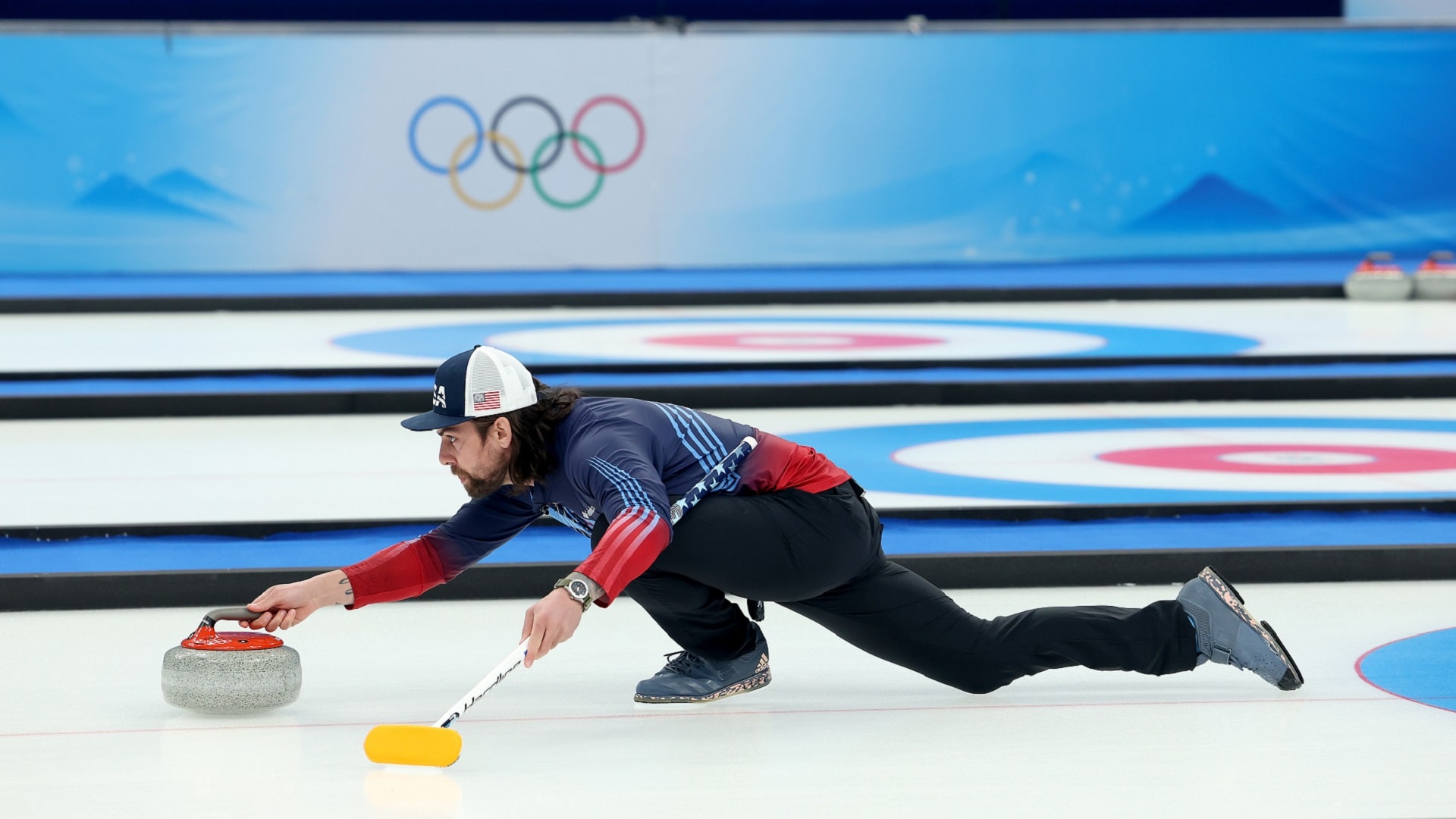 Three times Team USA took a lead on Norway during the third session of mixed doubles curling at the 2022 Winter Olympics, and three times Norway immediately responded to tie the score.

It was a big seventh end by Norway that eventually led to an 11-6 win Thursday.

Team USA played their power play in the seventh, but mistakes cleared the house of everything but three Norway stones. Team USA’s Vicky Persinger went for a draw shot, with hopes of landing on the button for one, but the throw was too hard and cleared the house, giving Norway three points in back-to-back ends and a 9-6 lead.

After both teams traded single points in the first and second ends, the U.S. struck for two in the third, despite a missed takeout attempt by Persinger on the hammer throw that would have added to the score.

Norway got the two right back in the fourth to again tie the score, 3-3, at the halfway point.

Persinger didn’t miss in the fifth, putting in a perfect double takeout to clear the house of Norwegian stones and score three points to give the U.S. their biggest lead of the day to that point.

But Norway got three right back in the sixth to again tie the score for a third time. They stole two more in the eighth for the win.

Norway, the team that finished second at the most recent World Championships, was looking for their first win of the 2022 Olympics. The duo of Kristin Skaslien and Magnus Nedregotten were defeated by the Czech Republic in the first session of play Wednesday.

The U.S. was also looking for a win after giving a victory away against Italy just a few hours earlier.

In the ninth, Constantini played a perfect shot that landed right on the Olympic rings on the button for one point that was the decider in the 8-7 victory.

Switzerland forced extras by scoring the one point they needed to tie Italy in the eight.

Leading 1-0 after one, Switzerland thought they had a chance to steal another in the second with a stone sitting on the button behind three Italian rocks.

Constantini had other thoughts, though, as she put a shot right through the guards for a double takeout and three points to put the Italian team up 3-1 heading into the third.

Jenny Perrett helped Switzerland get it right back in the third with a perfect shot that curled into the button for two points to tie the score, 3-3.

Italy took one back in the fourth go into the break with the lead, and stole another in the fifth to extend their lead to two.

But the lead didn’t last long thanks to Perrett, who’s takeout in the sixth stuck three points on the board for Switzerland for their first lead of the game, 6-5.

Another lead change came in the seventh on a draw shot by Constantini that nudged a Swiss stone out of the way enough for two points and a 7-6 lead for Italy going into the final end.

Italy came into the game off an 8-4 win over the United States in their first contest of the Winter Games.

Switzerland, one of the favorites coming into the Olympics, are now at the bottom of the overall standings with two early losses.