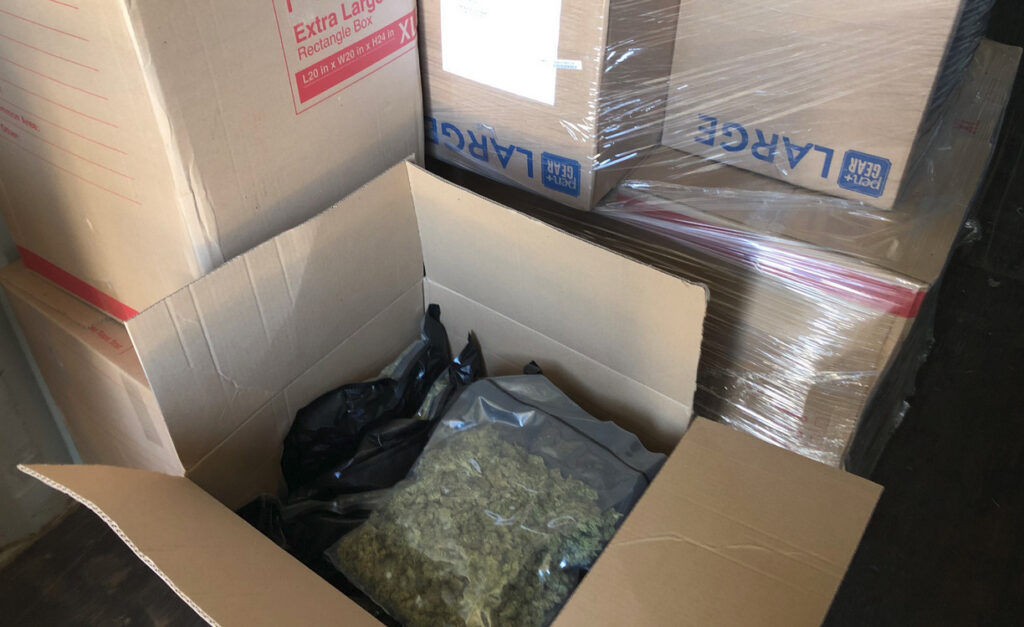 JOSEPHINE COUNTY, Ore. – Two alleged marijuana trafficking suspects were arrested after police were given a tip about an illegal shipment, according to investigators.

The Josephine County Sheriff’s Office said on October 19, a local trucking company reported two people who were trying to ship about 600 pounds of marijuana to Illinois.

The driver of the truck reportedly unloaded the pallet of marijuana and pointed out where the two suspects could be found.

Detectives said they were able to find the marijuana along with approximately $25,000 in cash, which was seized by the Department of Homeland Security.

The suspects, identified as 41-year-old Moaied Maali and 43-year-old Arfat Najjar, were arrested and charged with unlawful possession and delivery of marijuana.

No further details were released by the sheriff’s office.