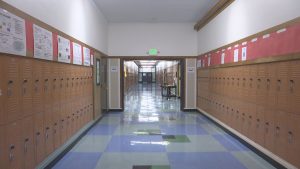 MEDFORD, Ore. —Students going back to school, couldn’t come at a better time.

After months of online learning, MSD says 40% of all middle and high school students district-wide are failing at least one course.

The district says those numbers were identified from looking at grades over the last 2 trimesters.

MSD’s Superintendent Bret Champion says these numbers are no surprise.

“It’s our firm belief that our students need to be with their teachers and frankly with their peers in schools and so these numbers are reflective of a system that’s not working well,” says Champion.

Champion says the district is looking at summer school options to help students get back on track.

The district says it’s even looking at bringing students back to the classroom earlier next school year.