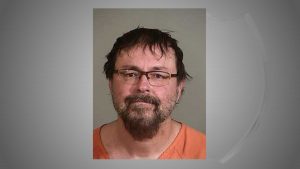 NASHVILLE, Tenn. – An attorney representing Tad Cummins argue his confessions to authorities were coerced and shouldn’t be presented at trial.

Cummins is a former teacher from Tennessee who allegedly abducted 15-year-old Elizabeth Thomas. Cummins fled the state on March 13 in his wife’s car, telling her he was going to Virginia to “clear his head,” according to an NBC News report.

Instead of going to Virginia, Cummins allegedly picked up Elizabeth and headed across the country with $4,500 from a loan he had just taken out, two handguns and seven erectile dysfunction pills.

The pair drove across the country staying at motels where–investigators made a point in saying–they rented a room with only one bed.

Cummins and Elizabeth were finally found at a small cabin in a remote area of northern California.

Cummins reportedly told investigators he planned to escape to Mexico, where he would then travel to Central or South America.

However, Cummins’ attorney says statements he made to investigators after his arrest were coerced, according to a report by the Tennessean.

The argument revealed in court filings said law enforcement officers illegally worked with Cummins’ estranged wife to pressure him to confess to having sex with Thomas. “Given the number of constitutional violations in this case and the flagrancy of those violations, it is not an exaggeration to say that in thirty years of the practice of criminal law this is one of the most aggravated cases of the trampling of constitutional rights which Defense Counsel has observed,” Cummins’ attorney wrote in the filing.

Christopher Slobogin is the director of the Criminal Justice Program at Vanderbilt University Law School. He told the Tennessean the argument might not hold up in court. He argues interrogations often use family members as leverage to get incriminating statements. The act, he said, isn’t necessarily “constitutionally coercive.”

Cummins’ attorney said his client was told he would face rape charges if he didn’t confess to consensual sex with the girl, according to court documents.