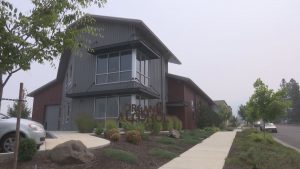 ASHLAND, Ore. — Earlier this week NBC5 News told you about how one company in Ashland wanted to get fresh water to people who need it in Hornbrook.

Now, they say they won’t be able to deliver the water.

The company, Organic Alcohol, says they had several empty totes previously used to carry high-proof alcohol. Each one can carry 275 gallons and the company wanted to send three.

“We’ve told them that we have this water,” said Bobby Townsend, Vice President of Organic Alcohol. “We can turn it around in, you know, 12 to 16 hours so if they continue to have issues and they’re unable to get the water they need…we’re standing by in the event that they need water delivered.”

Townsend says Siskiyou County had issues with accepting the water.

He says they also reached out to the church and Hornbrook community members, but had no way to effectively unload the large containers and distribute the water.