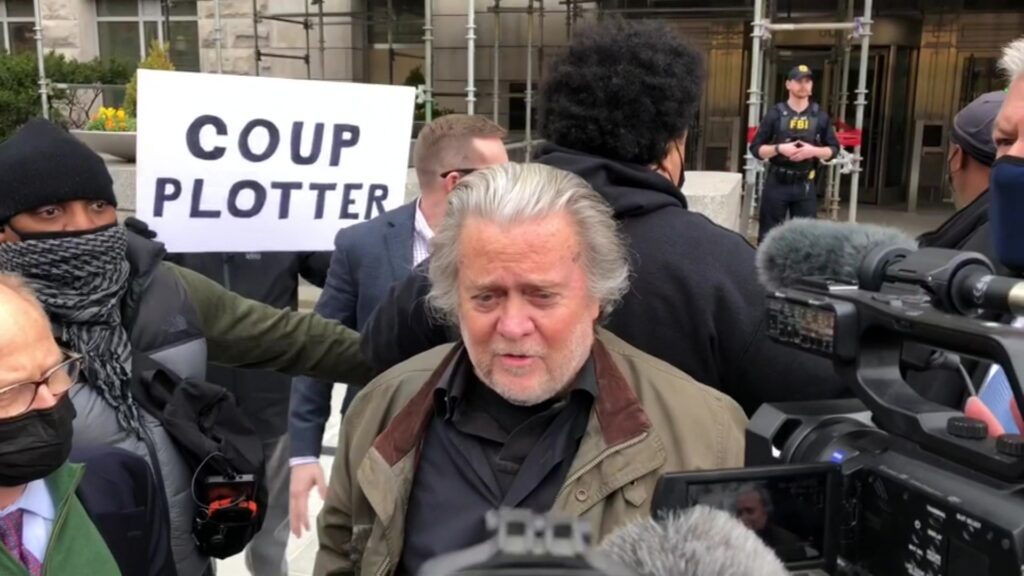 A federal grand jury indicted Bannon Friday on two counts of contempt of Congress. That’s after he refused to comply with a subpoena from the committee investigating the January 6 Capitol insurrection.

Lawmakers believe Bannon had specific knowledge ahead of time about the events of that day.

Bannon’s lawyer said Trump told Bannon not to obey the subpoena arguing that the documents and testimony that the committee wanted might be protected by executive privilege.

However, Bannon hadn’t worked for the president for several years when the insurrection took place.

If convicted, Bannon faces up to one year in jail for each of the two counts against him.

Before turning himself in, Bannon was defiant when addressing TV cameras, saying, “We’re taking down the Biden regime.”

Bannon is expected to make an initial court appearance Monday at 1:45 p.m. Eastern.