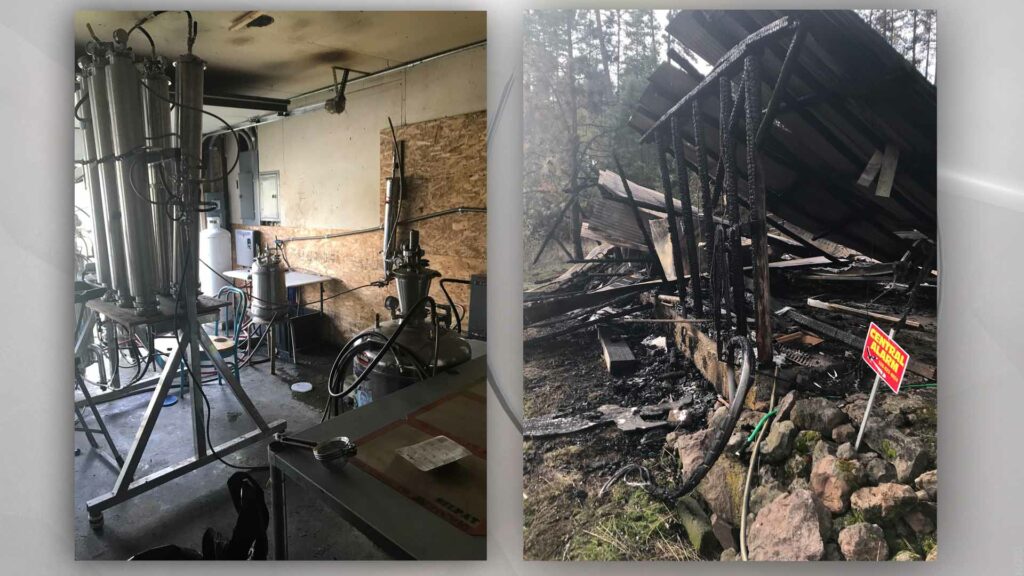 EAGLE POINT, Ore. – An illegal butane honey oil lab was found during a fire at an unlicensed marijuana processing facility in Jackson County.

Deputies said on Saturday night, there were multiple calls reporting a building on fire at a marijuana grow in the 6400 block of Butte Falls Highway near Eagle Point.

When first responders arrived at the scene they found a detached garage on fire near other structures.

According to the Jackson County Sheriff’s Office, the garage housed an illegal marijuana processing facility. It was reportedly fully engulfed in flames.

Next to the burning garage was an illicit butane honey oil laboratory. Butane honey oil, or “BHO,” is a concentrated form of marijuana that is highly potent in THC.

After the fire was put out, authorities seized 300 pounds of processed marijuana and 100 mason jars full of butane honey oil.

JCSO said George Michael Chapman Jr. was cited and released for manufacturing and possession of a controlled substance.

The property had no license to grow or process marijuana, according to JCSO.

The investigation is ongoing and no further information was released.