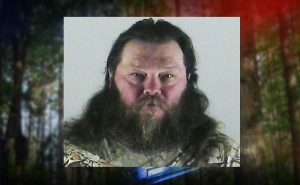 Deschutes County, Ore. – Deschutes County deputies were dispatched to an area south of Paulina Lake Road after a man called 911 to report he had shot his hunting partner with an arrow around 7:40 Monday morning.

According to the Deschutes County Sheriff’s Office, Michael Pekarek told 911 that he had shot 45-year-old Jeffrey Lynn Cummings with an arrow while they were both bow hunting. Pekarek was given instructions over the phone on how to perform CPR, which he did until law enforcement and medical personnel arrived. Cummings was pronounced dead at the scene.

A police investigation determined Cummings and Pekarek were driving along a forest road when they spotted a deer. Pekarek exited the vehicle with his bow, followed by Cummings.

Police said Pekarek was ready to fire at the deer when it moved out of view. Pekarek turned with his bow pointed toward Cummings to tell him the deer was moving toward him when he released the arrow. The arrow hit Cummings in the abdomen and he fell to the ground.

Pekarek was later arrested and charged with criminally negligent homicide. Police said the investigation is ongoing.