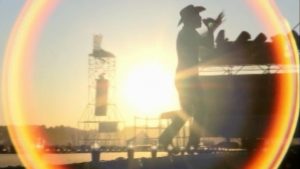 Medford, Ore. — As we await official word on whether Willamette Country Music Concerts, LLC will bring a new music festival to Central Point, the wheels are already spinning among those in the tourism industry hoping to capitalize on the four day event.

Brad Hicks, CEO and President of the Medford Jackson County Chamber of Commerce says the event would be great for the region, helping to fill area hotels and restaurants.

“This is just huge, there’s no other way to put it,” Hicks says, “when you think about roughly 20,000 people coming to your community who need all of the services that we are in the business of promoting…you just couldn’t ask for a better event.”

Jackson County Commissioners just approved allowing RV and tent camping off Upton Road north of the Jackson County Expo in anticipation of the event being approved. A final decision on whether the festival is coming to central point in 2017 is expected in the next week. For more information on the fest click HERE.