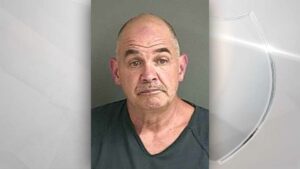 The Douglas Interagency Narcotics Team said on the afternoon of Tuesday, October 12, detectives served a search warrant at the Roseburg home of 57-year-old Cory Whitehill.

At the property, investigators said they found a half-pound of suspected methamphetamine, about 22 grams of what appears to be heroin, 14 illegal marijuana plants, and two guns.