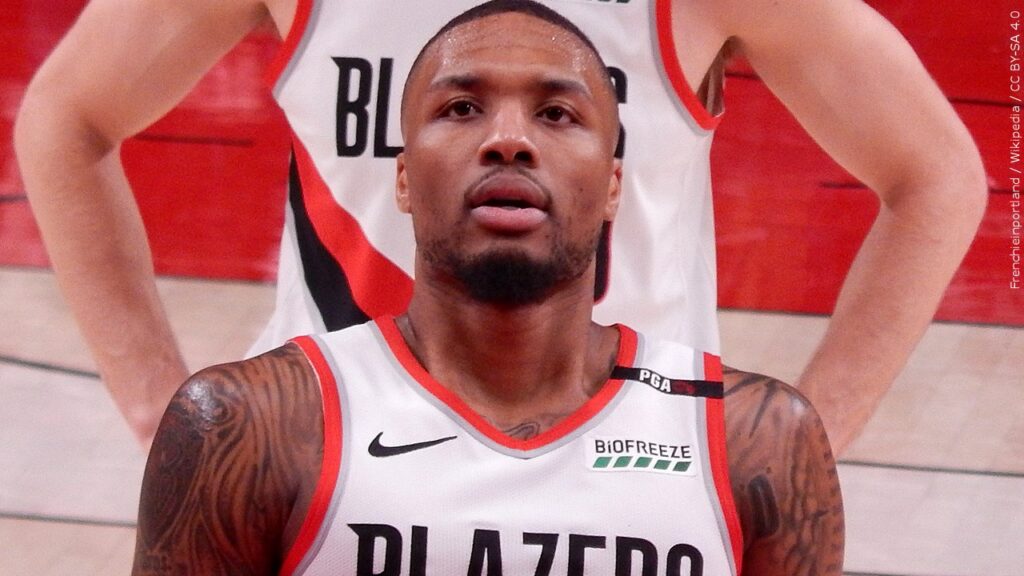 Lillard was fouled by Thunder forward Mike Muscala with 1:33 left in the third quarter, sending Lillard on the free-throw line. He set the record when he hit the first of two free throws. It was his 21st point of the game and the 18,041st point of his career with the Blazers. He passed Drexler, who played his final game with the Blazers on Feb. 8, 1995 and had held the record for nearly 28 years.

It didn’t take Lillard as long to set the mark as Drexler. He scored point No. 18,041 in his 730th career game in his 11th season with the Blazers, compared to 867 games and 12 seasons for Drexler.

The lone disappointment for Lillard was that he didn’t set the record in front of fans back home in Portland. In a Dec. 12 postgame interview with Portland media before the Blazers embarked on their current six-game road trip, Lillard talked about what it would be like to become the team’s all-time leading scorer.

“I really wish it was at home,” he said in response to a question from Jason Quick of The Athletic. “It’s something that our fans deserve to be a part of, because they’ve been here, they’ve seen it happen every step of the way, from my first game to that moment.”

Lillard didn’t shy away from how much the record means to him. For him, saying he wants to be the best player to ever wear a Blazers uniform isn’t just lip service. He’s backed it up every day of his career with his actions on and off the court.

“I want to be the guy where when they say who’s the best to come through here, I want people to look and say it was Dame,” he said in response to a question from Casey Holdahl of trailblazers.com. “Obviously scoring isn’t everything, but when you start to get up in this types of numbers, that’s a major thing. The fact that it’s Clyde Drexler, anybody who knows the history of the NBA is going to respect and honor that. Being a part of one organization for this long and being able to sustain this level of success … it’s a major accomplishment.”

As Lillard continues to cement himself atop the Blazers’ franchise leaderboards, the question turns to this: who is the greatest player in Portland Trail Blazers history? It’s still an undecided question, with some fans saying Lillard has surpassed Drexler while others claim Drexler retains the edge due to team success. A nod to the excellence of Bill Walton as well, though his time with the Blazers was too short to put him on the same level as Lillard and Drexler.

Team success: Though Drexler didn’t win a championship with the Blazers, he led Portland to two NBA Finals in three seasons, losing in five games to Isiah Thomas and the “Bad Boys” Detroit Pistons in 1990 and in six games to Michael Jordan and the Chicago Bulls in 1991-92. Lillard has led the Blazers to the second round twice and to the Western Conference finals once, where the team was swept in four games by Stephen Curry and the Golden State Warriors in 2018-19.

Individual statistics: Lillard has surpassed Drexler in points and should continue to build his statistical resume over the next several seasons. Lillard is ranked No. 1 all-time in points, 3-pointers, 3-point attempts, free throws, free-throw percentage, points per game, player efficiency rating, offensive win shares and offensive box plus/minus. Lillard should become the team’s all-time leader in assists next season and should eventually surpass Drexler at the top of longevity stats like games played, minutes played, total field goals, total field goal attempts and free-throw attempts. Drexler, a superior defender to Lillard, has the edge in defensive statistics, both traditional and advanced.

League honors: It’s pretty close. Lillard was Rookie of the Year. Both Lillard and Drexler were named to the NBA’s 75th Anniversary Team in 2021. Drexler was named one of the 50 greatest players in NBA history by the league in 1996. Drexler leads Lillard in All-Star appearances with the Blazers, eight to six. And Lillard has six All-NBA selections to Drexler’s five. Drexler’s highest MVP finish was second in the 1991-92 season, while Lillard’s highest finish was fourth in the 2017-18 season. Drexler was elected to the Hall of Fame.

By the numbers: Here are the statistical averages for Drexler and Lillard (so far) during their time in Portland.

Intangibles: Drexler was a wonderful player for the Blazers and beloved by the fans while he was here, but Lillard has embraced Portland in a way Drexler never really did. Drexler’s acrimonious departure from the team and the distance he’s kept from the Portland Trail Blazers over the past three decades somewhat dims his legacy. Lillard’s loyalty to Portland, his work in the community and his connection with the fans and everyone around Portland is something Drexler never fully achieved.

So who is the best player in Blazers history? It’s still a very close call that probably won’t be decided definitively until Lillard finishes his career or if he leads the Blazers to the NBA Finals (in that case, the mantle is his).