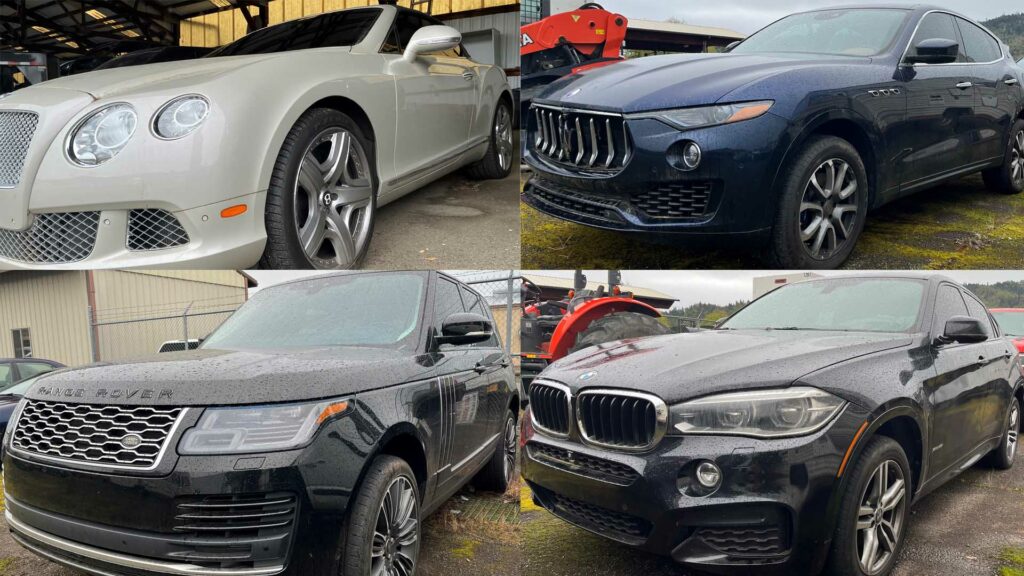 On Monday evening, the Douglas Interagency Narcotics Team served a warrant on a rural property in Azalea.

There, police say they found over 1,700 marijuana plants and about 24 pounds of processed marijuana.

The team says the VIN plates had been switched with high quality counterfeits.

A check of the real vehicle identification numbers revealed all four of the vehicles, including a BMC, Maserati, Bentley, and Range Rover, were stolen out of Florida.

The team said the cars coming from across the country and the sophisticated VIN forgery makes this well-above-average criminal activity.

Police made no mention of any arrests in this case.