The smoking ban prohibits anyone from smoking within 10 feet of a public sidewalk, dining area, the downtown plaza, or Chautauqua Square at the Oregon Shakespeare Festival.

According to the City of Ashland, the downtown smoking ban makes Ashland the first city in Oregon to adopt such a prohibition. City Councilor Stefani Seffinger said, “Second-hand smoke is a well-documented health hazard, and our residents and visitors should not have to walk through clouds of smoke when they’re in downtown Ashland, which is this city’s living room.”

The citation for smoking in prohibited areas carries a maximum fine of $138. Smoking in city parks has been banned since 2008. Smoking is still permitted in public alleyways and in unenclosed private property. You can view a map of the areas where smoking is banned HERE. 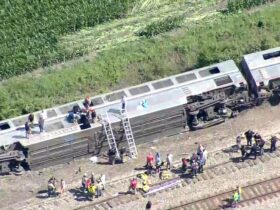