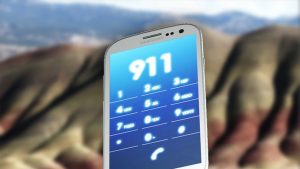 Mitchell, Ore. – A small eastern Oregon county will finally be getting cell phone service, albeit temporarily.

AT&T has announced it will temporarily bring cell service to the small town of Mitchell in Wheeler County ahead of this summer’s solar eclipse.

Mitchell, with a population under 200, is expected to see a huge influx of people due to the town’s location relative to the path of the eclipse.

According to Representative Greg Walden, the large crowds are expected to create new safety challenges for the region.

He said, “This very rural area is highly travelled by tens of thousands of tourists seeking to experience the Painted Hills and the John Day Fossil Beds in the heart of Oregon. The even larger crowds expected in August for the total solar eclipse viewing has only heightened these concerns. When accidents occur in these remote areas, there is literally no way to call for help.”

Kiefer Davis, an ambulance operator in Mitchell, said he’s seen first-hand what a lack of cell phone service has done to people in the region over the past 14 years.

“From Prineville to John Day (115 miles), there is zero cell service,” Davis said. “Not even that little ‘Emergency Calls Only’ screen you get in the middle of nowhere.”

Rep. Walden added the action is just one step toward a long-term solution to bring modernized communications to the rural Oregon.