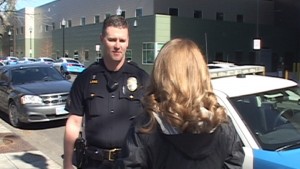 Medford, Ore. — A taxi cab is a lot cheaper than a DUII, that’s the message from Medford Police tonight. The department will have additional patrols Thursday night, as residents celebrate the St. Patrick’s Day holiday.

Police are encouraging those indulging in adult beverages to plan ahead.

“There’s that old mantra ‘buzzed driving is drunk driving’, and it is, it’s about impairment,” MPD Sgt. Don Lane says, “you dont have to be falling down drunk to be charged with DUII.”

Under Oregon law, drivers can get a DUII even if they are not over the legal limit, so special patrols will be out looking specifically for impaired drivers.