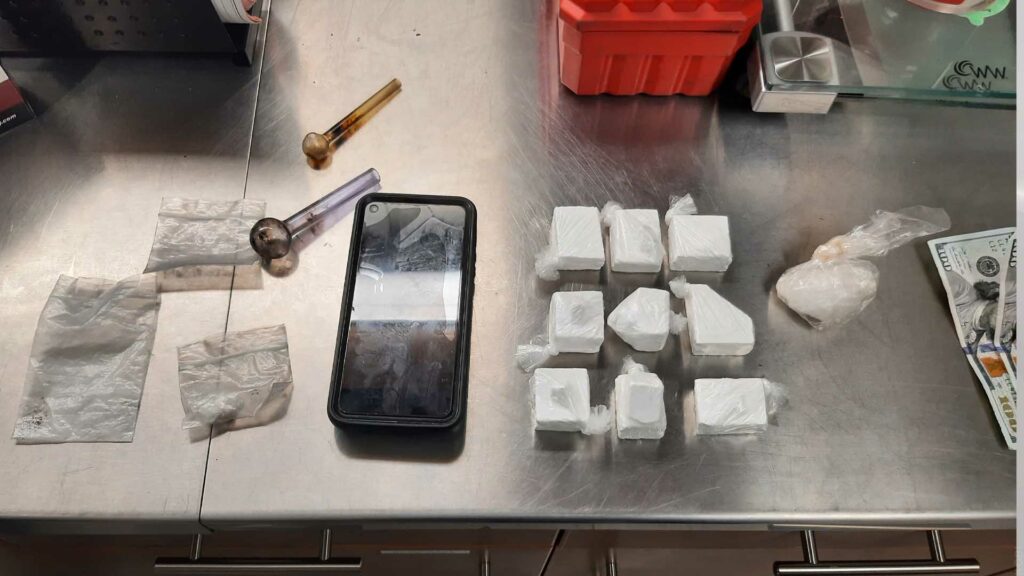 KLAMATH FALLS, Ore. – A suspect was arrested for allegedly trying to bring a “large amount” of fentanyl to Klamath Falls.

Police said on September 2, Matthew Morse was driving toward Klamath Falls when he was pulled over by officers near the city as part of an ongoing investigation.

According to the Klamath Falls Police Department, Morse was found with about nine ounces of fentanyl and an ounce of methamphetamine. He was arrested and taken to the Klamath County Jail for numerous drug charges.

KFPD believes the fentanyl was en route to supply Klamath Falls fentanyl dealers from its source in California.

“BINET and the Drug Enforcement Administration (DEA) are working hard to interrupt the flow of this dangerous drug into Klamath County,” KFPD said. “So far this year their investigations have seized over two pounds of powdered fentanyl and thousands of counterfeit fentanyl pills in route to supply Klamath Falls.”