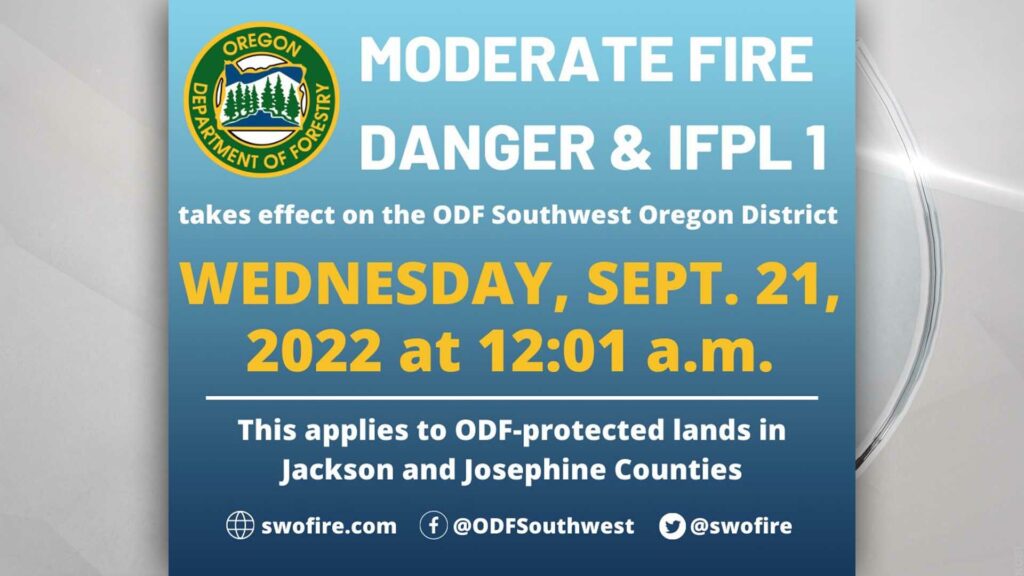 CENTRAL POINT, Ore. – Just a couple of days after the fire danger level was lowered to “High” on certain lands in Jackson and Josephine Counties, there will be another downgrade.

Before this past Monday, the fire danger level on lands protected by the Oregon Department of Forestry in Southwest Oregon were “Extreme.” At the beginning of this week, it was lowered to “High.” Now, it’s set to lower once again.

Effective Wednesday, September 21, the fire danger will be lowered to “Moderate” on ODF-protected lands in Jackson and Josephine Counties.

For the public, restrictions on machinery that could cause sparks are being relaxed, allowing for the use of equipment until 1:00 p.m. and after 8:00 p.m.

Other fire prevention regulations which will remain in effect, include:

Under IFPL I (one) – fire season requirements are in effect. In addition to the following: