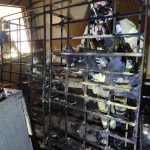 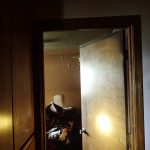 CENTRAL POINT, Ore. – In the wake of a recent house fire, first responders are stressing the importance of a simple measure that can help prevent disaster.

On the evening of July 9, Fire District 3 arrived at a home in the 300 block of Joseph Street and found smoke coming from a bedroom window.

Crews were able to extinguish the fire relatively quickly because of one small act by the people who evacuated the home. “It is pretty simple,” Fire District 3 said, “the residents closed the door of the room where the fire ignited…”

According to firefighters, the simple act of closing the door starved the fire of fuel and oxygen that would have led to its spread throughout the house. It also gave the residents more time to evacuate.

“A closed door can reduce the fire’s heat,” firefighters explained. “In fact, a test completed by UL showed that an open door room could reach dangerously high temperatures, while a closed door rooms stay under 100 degrees. Due to the materials and plastics modern furniture are made of, fire burns faster and releases more toxins than ever before.”