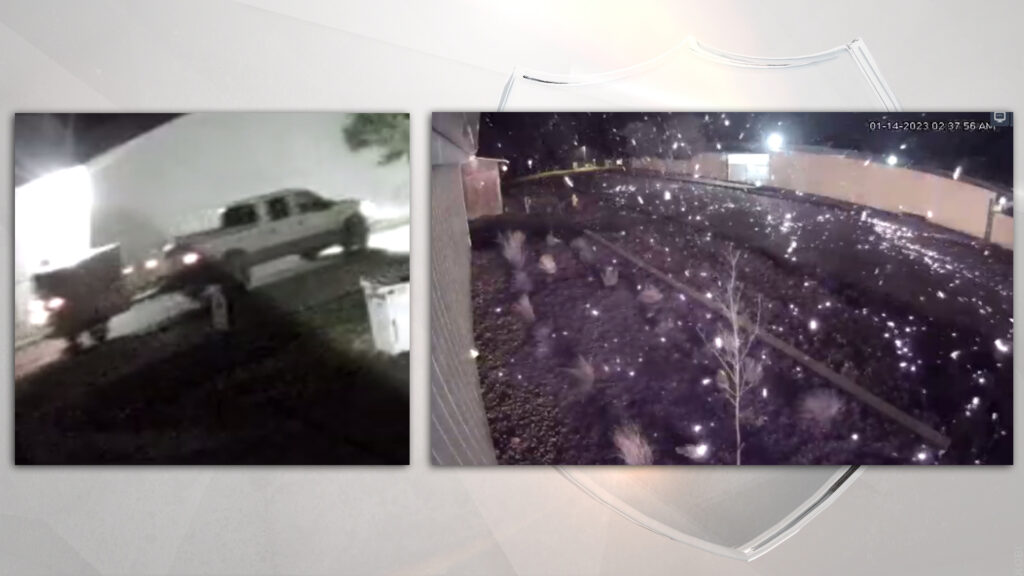 ASHLAND, Ore. – A fire triggered by a fuel theft threatened an Ashland neighborhood over the weekend.

The Ashland Police Department said at about 2:40 a.m. Saturday, there was a fire at a fueling station that serves commercial vehicles on Shamrock Lane.

After the fire was put out, investigators were able to determine the fire was caused by someone stealing gasoline from underground fuel tanks.

According to APD, hundreds of gallons of gas were siphoned from the tanks before the theft was cut short by the fire. Some fuel was also stolen from a nearby piece of construction equipment.

Police said the fire “presented an immediate and serious threat to the surrounding neighborhoods and the Ashland Community.”

If the fire had taken place during a different time of year, police explained, it could have easily caused a major threat to nearby homes and businesses.

APD is asking for help identifying the vehicle that was seen entering the area while pulling a trailer that was eventually destroyed by the fire.

Investigators shared a surveillance image of the vehicle along with a second picture showing falling embers in the area as a result of the fire.

Anyone with further information is asked to call the Ashland Police Department.