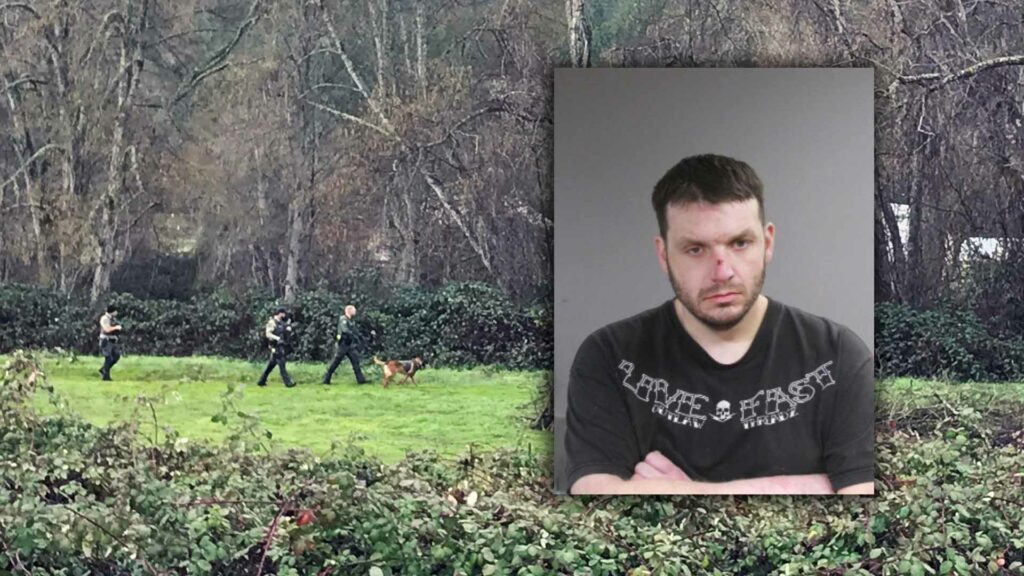 JACKSON COUNTY, Ore. – A wanted man who has been on the run for over three months is now behind bars.

In early January, the Jackson County Sheriff’s Office said 33-year-old Anthony Minneci led police in a car chase and got away on foot in the Applegate Valley.

Due to icy road conditions, deputies stopped the pursuit for their safety and others on the road.

On Tuesday, March 15, Siskiyou County deputies were able to take Minneci into custody after a second car chase.

By Thursday, March 17, he was extradited to Jackson County where he remains behind bars for numerous charges including car theft, eluding police, possession of methamphetamine, and felon in possession of a firearm.

Medford police said, “Minneci is well known to MADGE who often catches him with drugs and guns, and he seems to always make a ‘wild west show’ out it. We are happy to see him back in custody.”

MPD added that Minneci is facing an additional 34 outstanding warrants for similar conduct. He may also get charged at the federal level for drug and weapon charges.