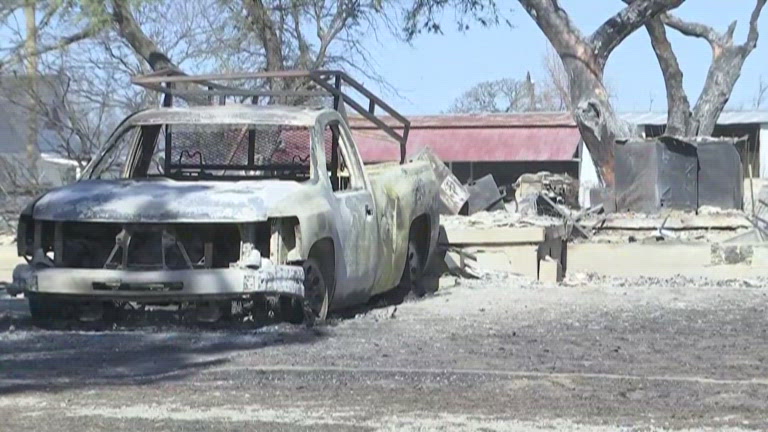 CARBON, Texas (KRBC/NBC) – Residents in Carbon, Texas are literally sifting through the ashes after a wildfire tore through their small town.

There were not many pieces of property that were left untouched as the quick-moving fire moved in Thursday. Most homes were reduced to their foundations.

It was just one of many fires burning across Eastland County. Over 62 square miles have burned as of Friday morning.

By midday, the fire was only 4 percent contained.

As many as 40 buildings burned, many of them houses in the small town of Carbon.

Residents there cannot believe how fast it all happened.

“We’ve never seen anything like this,” said Carbon resident Erik Monk. “We had that one fire that came that one time and didn’t actually make it through the town, but today, it went completely through the town.”

An evacuation order remained in effect Friday for Carbon, as well as the nearby towns of Lake Leon and Gorman.