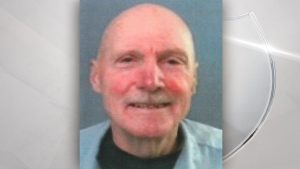 Update (04/18/18 6:30 p.m.) – A high-risk sex offender who was scheduled to be released on parole in Curry County will be relocated to another part of Oregon.

The Curry County Sheriff’s Office said they, along with the Parole and Probation division, received many concerns about convicted sex offender Gary Caughey’s release into the county.

The sheriff’s office explained they have limited resources for dealing with Caughey. The concerns were reportedly addressed to the Oregon State Parole Board, who granted a waiver, sending Caughey to a county with more resources in the northern part of the state.

Caughey will not be coming to Curry County when he is released on April 23, 2018.

“The Curry County Sheriff’s Office is grateful for the cooperation we have with the Oregon State Parole Board and the county Caughey will be released to,” the sheriff’s office wrote.

Gary Caughey was convicted of kidnapping and rape in 1973. In 1976, he escaped the Oregon State Hospital and fled to Nebraska, where he abducted two kids, choking one and tying the other to a tree.

After serving time for his crimes in Nebraska, Coughey was transferred to an Oregon prison to finish out his original conviction. The day he was released on parole in 1986, he abducted a girl at knife-point. The girl escaped and Coughey was re-arrested.

According to the Curry Coastal Pilot, after serving time in prison Caughey was released on parole in Curry County in 2010, causing a “community firestorm.”

A number of Curry County citizens took it upon themselves to keep an eye on Coughey, but then-Curry County Sheriff John Bishop urged community members to leave the man alone or risk being charged with harassment.

The Pilot interviewed Coughey when he was released into the community. He said coming to the area wasn’t like he expected. “I was expecting general concern, but I was not expecting the threatening nature of the reaction.” He described seeing his picture on the front page of the paper, saying in most places it’s a small story in the back.

Three months after his release, Caughey was re-arrested for violating his parole terms.

Bishop told the Pilot Caughey was found with several letters he intended to send to a minor in the Philippines. “The letters prove that Caughey is a predatory sex offender and should never have been released from prison,” Bishop said at the time.

Caughey admitted to all charges levied against him. A parole board voted unanimously to send him back to prison.

On April 5, 2018, Curry County Sheriff John Ward announced Caughey, now labeled a “high-risk sex offender,” would be released back into the community on April 23.

The sheriff’s office said, “This notification is not intended to increase fear; rather, it is our belief that a public that is informed is a safer public.” The notice “does not convey authority to stop, arrest, or detain.”

Caughey, now 78-years-old, is scheduled to remain on post-prison supervision until March 19, 2023. Until then, he is not allowed to have contact with minors and may not enter places where children congregate. He must submit to sex offender treatment and is prohibited from having drugs or alcohol. He is also subject to a curfew.

The sheriff’s office said Caughey is set to reside in the 29000 block of Colvin Street in Gold Beach.