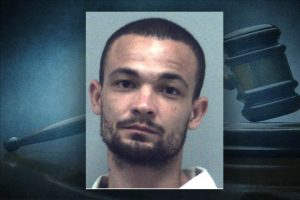 24-year-old James Propes was arrested back in 2012 in Brookings after a woman told police he intentionally withheld his diagnoses while having unprotected sex with her.

The Atlanta Journal-Constitution reports Propes was found guilty on two counts of reckless conduct by an HIV infected person.

Propes had posted ads on Craigslist in Georgia which eventually lead to his arrest. Healso faced similar charges in indiana.