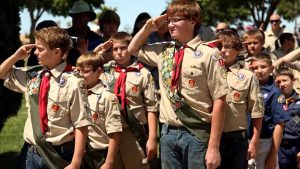 SALT LAKE CITY, Utah (KSL) – The Church of Jesus Christ of Latter-day Saints has announced it will end the long-standing relationship with the Boy Scouts of America in favor of a new church produced activity program. That will involve both boys and girls, ages 8 to 18.

The announcement was made in a joint statement by the LDS Church and the BSA, which reads, in part:

“We have jointly determined that, effective on December 31, 2019, the Church will conclude its relationship as a chartered organization with all Scouting programs around the world. Until that date, to allow for an orderly transition, the intention of the Church is to remain a fully engaged partner in Scouting for boys and young men ages 8-13 and encourages all youth, families, and leaders to continue their active participation and financial support.”

Just one year ago, the Church announced that Scouting would only serve Cub and Boy Scouts ages 8 through 13, with a new Church produced activity program for young men ages 14-18.

Tuesday night’s announcement said that the Church would continue to be a sponsor of Scouting for approximately the next 18 months.

Latter-day Saint boys who want to continue to participate with Scouting would be able to join troops sponsored by community organizations, but participation will certainly decline without the Church’s involvement.