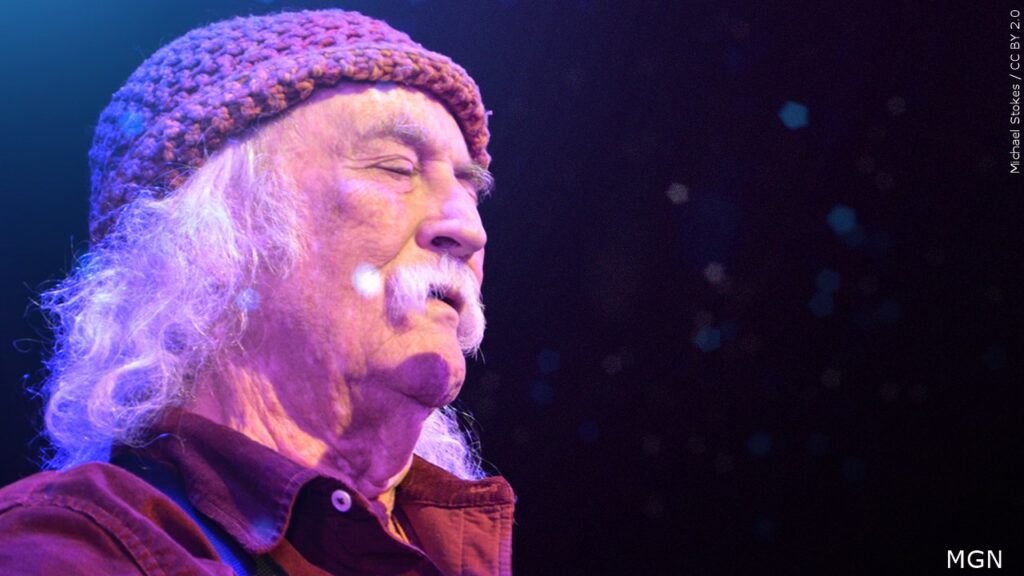 David Crosby, a legendary singer-songwriter and founding member of the Byrds and Crosby, Stills, Nash & Young, has died at the age of 81 after a long illness.

He was a two-time Rock & Roll Hall of Fame inductee, and his final release “Live at the Capitol Theater” came out last month.

He joined the Byrds in 1964 and later founded Crosby, Stills & Nash, which later became Crosby, Stills, Nash & Young when joined by musician Neil Young. They released a series of hits with “Marrakesh Express,” “Just a Song Before I Go,” “Woodstock” and others.

He had a tumultuous relationship with his bandmates and struggled with drug addiction, but eventually overcame it and enjoyed a creative renaissance in his 70s.