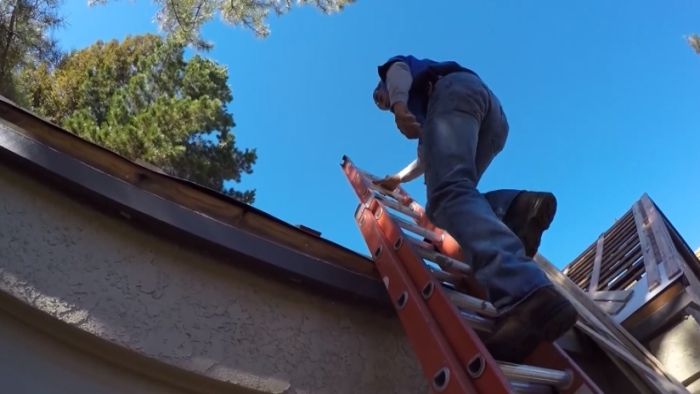 Raising the animals is no easy feat, especially during a pandemic that has drastically shifted the usual mechanics of county fairs and outright canceled many of them. In Jackson County, the pandemic has canceled much of the fair, but this week, 4-H and FFA kids are still preparing to show their animals.

The month of July is when many show-kids scramble to perfect training their livestock, pack up bags of feed and iron their show clothes.

We’re meeting 12-year-old Kutter Christensen and learning about his hopes for fair during this unusual time.

“[I love] seeing how they go from being this crazy little thing, to them listening and knowing what it means,” said Christensen.

Christsensen is going into 7th grade at Scenic Middle School.

He is also a 2nd year junior in 4-H, raising both sheep and swine.

This is Christensen’s 2nd year raising a 250 pound pig for the Jackson County Fair.

He is in the process of getting his pig, named Pistol, ready for show – despite the auction going virtual this year.

“Every morning we feed, and then walk for about 30 minutes, leave, mom goes to work. I go to school, and then come back, feed again and walk,” said Christensen.

He says he wakes up around 5:45 a.m. everyday to feed Pistol breakfast by 6 a.m.

He also walks Pistol twice a day up and down steep inclines.

“Animals take a lot of work and you just gotta go with it, and a lot of time,” He said.

Despite focusing on his show pig’s weight and training, Christensen is also concentrating on showmanship.

“As a showman, you’re trying to stay looking at the judge, so I kinda use like a tree as the judge and make sure my eyes are always on ’em for showmanship and that the pig has his head up and keeps moving,” said Christensen.

Due to the pandemic, the Jackson County Fair has eliminated the showmanship classes.

But, because showmanship is a part of market classes, where judges rank livestock for the auction – Christensen is ahead of most of his competition.

“Kutter puts in the work. He’s here everyday, he’s doing all the things he has to do,” said Kutter’s mom, Colleen Christensen.

While Kutter’s fair plans have changed, he and his family are still looking forward to the fair, no matter how it looks this year.

“There’s a lot of things kids can learn from school or from doing sports, but there’s just something that’s a little different from the responsibility of purchasing an animal, feeding an animal, training an animal,” Kutter’s mom said.

Tomorrow on NBC5 News at 6 p.m., I’ll show you how the fair is set-up this year to accommodate proper distancing.

We’ll also see how Christensen places with his hog, Pistol.