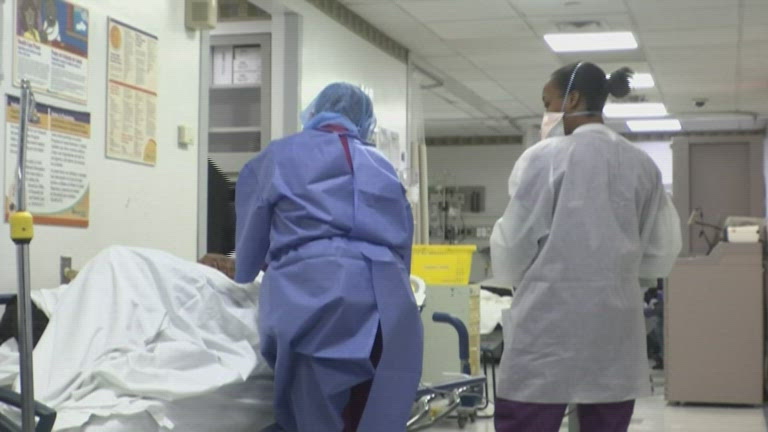 MEDFORD, Ore. – The governor’s vaccine mandate goes into effect Monday for thousands of Oregon workers. Perhaps no segment of the Rogue Valley’s local economy is being affected more by the state vaccination mandate than the healthcare industry where hundreds of local residents may soon not have a job to go back to.

“We’re being forced to implement this mandate that we must legally comply with. And there is just so much anger,” said Lauren Van Sickle, Asante.

Asante is bearing the brunt of much of that anger in the Rogue Valley. As we reported last month, Asante is putting everyone who works directly with patients with an approved exception on leave and is telling them that they will recruit to fill their position.

“It’s hard to see anyone leave for these circumstances, we’re not forcing them out,” said Van Sickle.

Van Sickle said 58 people have resigned since the vaccine mandate was announced. Just under 500, 491 people, have been approved for an exception. About 25% of them are staying on because they don’t work directly with the public. She said the rest haven’t been terminated but will go on administrative leave which allows them to use vacation time until it runs out.

“Right now we’re still kinda in that period of [the] flux of knowing how many we will ultimately be losing and how many will be staying,” said Van Sickle.

Asante hospitals are contracting with travel nurses to help fill the gaps. It’s something they’ve been doing for years. But Van Sickle said the ones who work with patients are being held to the same vaccination standard as everyone else. In some cases, they are being paid more, which Asante said that’s based on experience and other factors.

“A traveling caregiver might have more experience than say somebody who’s only had one year on the job here. There’s a lot of variables to how and why they get paid what they get paid,” said Van Sickle.

Van Sickle said she’s proud Asante now has 88% of employees fully vaccinated that equals out to about 5,400 people.

“Having a vaccinated workforce really makes sure that when you come to our hospital for care and for treatment that we don’t give you something that you weren’t expecting,” said Van Sickle.

Asante’s goal is a 100% vaccination rate that’s what Asante believes the governor’s intent was behind the mandate.  Asante said the only changes people may see are longer waiting periods in the emergency room. That will depend on the number of people needing help at a given time.