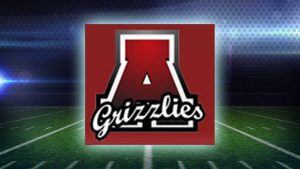 ASHLAND, Ore. —Ashland High School has made the decision to sit out this football season, but only at the Varsity level, Junior Varsity will play.

The team doesn’t have as many players as it usually does, there isn’t a lot of prep time to ramp up for the season, and there could be a competitive disadvantage against larger, 6A schools locally.

JV will play 4A teams, that have about the same number of players, 25.

Kemper says some students are transferring schools to play football, including his own son.