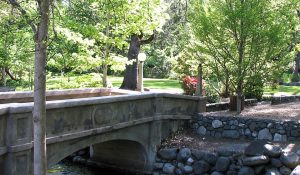 ASHLAND, Ore.– Construction on the Japanese style garden on the west side of Lithia park has been a point of controversy among Ashland residents and city administrators.

But after the city recruited the help of Toru Tanaka, a Japanese garden specialist, both sides agreed on a compromise.

Ashland Parks says its putting a $1.3 million dollar donation it received in 2018, to good use.

“We’ve had the full spectrum of reactions, some people are excited about it looking forward to it, others say they’d rather keep it as it is.”

The city says the renovation will take up to 2 years to complete.

The Japanese style garden will be closed off for construction, and some walkways on that side of the park will not be accessible.