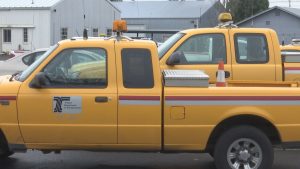 Six bridges are getting retrofitted, one will be entirely replaced over the next four years, according to the Oregon Department of Transportation.

Swart says the project is part of a seismic resiliency plan created by the state.

It’s being funded by the federal government.

Swart says the state has identified the bridges as the most vulnerable if a magnitude 8.0 or greater earthquake occurs.

“Some researchers have characterized this as the worst of possible natural disasters that Oregon could face, so it’s important,” Swart said.

Construction on the bridges is expected to begin this summer.